Kathmandu is the capital city of Nepal and the biggest metropolitan city in Nepal. Patan/Lalitpur or Bhaktapur are sister cities of Kathmandu. Kathmandu valley tour is surrounded by Shivapuri, Phulchowki, Nagarjun, and Chandragiri. Kathmandu stands on 1400 meters and the total population of Kathmandu is 20 million people. After structure in Durbar Square called Kasthamandap and become a name Kathmandu.

Kathmandu is the capital of the Federal Democratic Republic of Nepal. As well as the headquarters of the central region among the five development regions constituted by the 14 administrative zones of Nepal. The sister cities of Patan and Bhaktapur are integral to Kathmandu from the point of view of tourism, economy, and cultural heritage recognition under the World heritage site of the UNESCO has recognized all the monuments in the three urban agglomerates one unit under the title “Kathmandu valley- UNESCO- world heritage site.

Kathmandu Durbar Square, Kathmandu Valley Tour: Kathmandu Durbar square known as Hanuman Dhoka square the best attraction in Kathmandu. The Name of Hanuman Dhoka becomes the statue of Hanuman established by the late king Pratap Malla at the entrance of the Royal palace in 1672 A.D. Most of the temples are built in pagoda style embellished with intricately carved exteriors as well as Most of the buildings we see here date from the 15th to 18th centuries.

This Durbar Square made up two sub-areas. The outer complex renowned for numerous temples as Kumari Ghar, Kasthamandap, Shiva- Parbati temple, and many others. Besides the fabulous temple and shrines, it has other interesting aspects are various festivals. The major festivals are Indra Jatra, Dashain, Gai Jatra, Mahindra-Nath Jatra, and many others. Hanuman Dhaka’s architecture is the most exceptional architecture which is most important and knowledgeably sights for travelers.

Bhaktapur Durbar Square, Kathmandu Valley Tour: This Durbar Square is a museum of medieval art and architecture with many examples of sculpture, woodcarving, and colossal pagoda temples consecrated to different gods and goddess. This Durbar built by Shikhara style grouped fifty-five windows palace of brick and wood.

The attraction of Bhaktapur Durbar Square:

Patan Durbar Square, Kathmandu Valley Tour: Patan oldest one all the three cities in Kathmandu valley.  known as artistic heritage. Perhaps, it is one of the oldest Buddhist cities in the world. The alternative name of Patan is Lalitpur. Patan Durbar Square is surrounding by a numerical stupa as the 4 corner side of Patan. Famous emperor Asoka built to this Four Stupa.

Patan is famous and popular due to the most elegant architectural treasures. A famous western Lady Writer said about the beauty of Patan, that “Patan means eternity itself and Patan Durbar Square is the Spectacular sight of Asia indeed”. Of course, this is full of Hindus temple and Buddhist monument with the bronze gateway. The former Royal palace trek. Contact us for more details with Customized Tours. 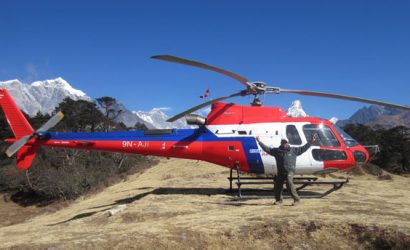